Ever since its launch five years ago, Instagram has favored square-shaped photos.

But not today, not now, not tomorrow, never again will you have to crop those pictures!

Gone is the time where people had to all get in the square to be included in your Instagram picture, and our children will most likely never know what Instasize is (Thank god!)

For the first time in years, the popular photo-sharing app announced native support for landscape and portrait-shaped photos. You will most likely get it this Thursday, whether you use Instagram on iOS or Android.

Before the update, if you wanted to upload a photo or video captured in landscape or portrait mode, you usually had to share cropped version: SQUARE, and someone had to be missing in that selfie maybe some significant detail.

“For the average Instagram user as they’re scrolling through their feed, 1 in every 5 moments that they’re seeing, essentially feels like it’s not natively supported on their platform. That’s something we really want to make better. »

To be clear, Instagram is not allowing you to capture photos or videos in landscape or portrait mode using the app, but photos and videos captured by other means are now shared in all their glory. Horizontal and vertical pics will appear in your feed without the telltale white space that shows you imported the pic from a separate app.

You can still get those Square photos if you’d like, yeah you can! There’s a small new toggle button on the lower left hand side of screen in the Library section to do that, swiftly and easily!

Tapping it automatically resizes your media to the app’s square-friendly format. Users can also double-tap the image, as well as pinch-to-zoom to their liking.

Opening up some boundaries only shows that Instagram is open to compromises and is willing to leave some freedom and flexibility to its users. Also, by still not allowing users to take landscape or portrait pictures directly from the native app Instagram is sending a clear message: « Square still rules! » 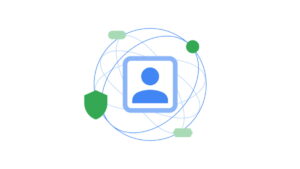