Silicon Valley investors connect with their African counterparts at DEMO Africa 2018 in Morocco. Leading Venture capitalists will be in Casablanca for the 7th edition of the annual startup showcase that launches a new generation of African startups.

All roads lead to Casablanca in October for the 2018 edition of DEMO Africa. Over two days of exciting programming including pitches from the 30 selected finalists, and pre-show activities around the Angel Investor Summit, Casablanca is offering an October to remember especially as some of the leading Venture Capitalists from Silicon Valley and around the world join their African counterparts to explore investment opportunities, broaden their knowledge of African startup ecosystems and share best practices on global venture creation.

Supported by lead sponsors Microsoft 4 Afrika and Accenture, amongst others, the 2018 edition of DEMO Africa will also include the Ecosystem Enabler Series -a combination of keynotes, panels and fireside chats that will yield productive dialogue between industry leaders and innovation actors about the future of the African technology ecosystem; the Investor Round-tables and Angel Investor Summit – a convening of a niche group of angel investors from all across Africa and the global venture capital community; the Alpha Pitches (in partnership with Le Wagon, Casablanca) and the [email protected] Innovation Awards – where five Startups will be chosen as winners of the DEMO Africa and will proceed to Silicon Valley, California for the Lions Innovation Tour.

This year’s edition of DEMO Africa in Morocco will welcome a stellar cast of Silicon Valley investors that have an unyielding passion for the African technology ecosystem, but more importantly, are banking on the growth and ingenuity of African entrepreneurs to start and scale global ventures. A number of these investors have had a remarkable track record of supporting the growth of startups in the Valley and in Africa, and are eager to share their experience with their counterparts on the continent.

Claire Lee, Head of Early Stage at Silicon Valley Bank (SVB) is scheduled to deliver the opening keynote at the Studio Des Arts Vivants on day one of the DEMO showcase. Silicon Valley Bank is an industry leader in financing the growth of technology startups globally, and uniquely positioned in the innovation ecosystem, working with the best VC-backed startups, corporates and VC and PE firms.

Claire joined SVB in January 2014 from Microsoft where she spent a decade building out programs and initiatives to better support early stage startups, working closely with the partners that incubate, invest in and support them. Claire has a deep experience in Europe, Middle East and Africa and a commitment to support international development through partnerships. As a founding member of [email protected] and DEMO Africa, and a long-time advisor to the office of Global Partnerships at the U.S. Department of State, Claire was instrumental in bringing DEMO to Africa in 2012 thanks to the leadership of Secretary Clinton – and continues to support this event six years later. In 2015, Claire traveled to Nairobi for the Global Entrepreneurship Summit with President Obama and senior members of the administration including Commerce Secretary, Penny Pritzker, and SVB played a major role in supporting the GES 2016 event at Stanford University which saw 700+ startups from 150 countries visit Silicon Valley.

Attending events like these helps me learn and takes me well outside of my comfort zone. Hearing from early stage founders is something I always benefit from. Global perspectives are important” — Claire Lee

Outside of running the early stage practice at SVB, Claire is an active advisor, mentor and speaker. She is a thought leader on issues such as entrepreneurship, education, inclusion and international development. She is a recognized advocate and spokesperson for advancing efforts around equality, inclusion and representation – aimed at advancing underrepresented constituents in the tech industry. “Attending events like these helps me learn so much about entrepreneurship globally – it takes me outside of the ‘bubble’ and outside my comfort zone. Hearing from early stage founders in nascent, growing markets, is something we always benefit from. Global perspectives are really important.” said Lee.

From Cross Culture Ventures – Jennifer Richards, a Senior Associate in the firm, is returning back to Morocco after visiting after her last visit in 2012 during her time in France. Jennifer, a bilingual and immensely talented venture builder, will also be working to support the female entrepreneurs within the DEMO Africa cohort and promote the bridge building efforts between Silicon Valley and Africa.

From Padovani Ventures – Riad Hartani, a bi-coastal venture capitalist of Algerian descent, will be showcasing the regional venture networks in North Africa and highlighting the fantastic opportunities in the region. With operations in Silicon Valley and Algeria, Dr. Hartani and Padovani ventures specialize in the development of Internet, Mobile and Artificial Intelligence technologies, mostly out of the Silicon Valley as a hub, building multiple leading technology startups, advising on strategic investments and rolling out innovative technologies all over the world.

From Precursor VC – Sydney Thomas, Investment Associate and Head of Operations is joining the DEMO Africa network to seek out opportunities on the continent. Precursor is an early-stage venture capital firm focused on investing in the first institutional round of investment for the most promising software and hardware companies. They are interested in companies with courageous visions and Sydney is excited for the possibilities that she will uncover through her interactions with the African ecosystem.

« We are thrilled to welcome these global players to Casablanca, Morocco as part of the DEMO Africa conference », commented Stephen Ozoigbo, Managing Partner of the [email protected] initiative. « We are confident at that our North African ecosystem leaders will prove to be worthy hosts of our global partners and venture stakeholders. » 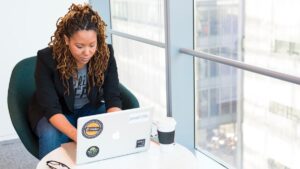