Marshall, had announced a while ago the launch of its own smartphone. This beauty is mostly aimed at music lovers, in this article we will tell you all you need to know about the phone, its specs and why we think it’s great!

As you might know, a great amount of phones are leaked way before their official release date, we’ve heard about the phone, but there was no mention of the specs whatsoever. Anyway, Marshall’s phone is here and well it’s not that bad as you will see!

« We always aim to go big! To always give our consumers the best user experience. When there was no smart phone on the market putting the music on the main stage, we created it. We know that our consumers and the open market is ready for what we have to give: A smartphone by default, developed into the world’s greatest music device and we promise you, Marshall London is nothing like you’ve ever had in your pocket, » said Konrad Bergstrom, Founder of Zound Industries.

The Marshall smartphone is available to pre-order now and will be released in ‘late August’ or ‘middle of September’ depending on country. The online shop tells us that expected delivery is 17 August which is pretty specific.

If this phone strikes your interest, then you should know that it costs about 550 Dollars which is a fair amount less than flagship phones like the Samsung Galaxy S6 and LG G4. Moreover, if you order online you get a free pair of Marshall Headphones worth about 200 Dollars, which is a great bargain!

Marshall Phone comes packed with so many music oriented features, a,d we will get to that soon but first let’s highlight the specs of this device that is manufactured by Creoir.

As of the screen it’s a 4.7in screen with a 720p resolution, the processor is a Qualcomm Snapdragon 410, 2GB of RAM, there’s 16GB of storage and a Micro-SD card slot. There’s also an 8Mp rear camera, 2Mp front camera, removable 2500mAh battery and Android 5.0.2 Lollipop.

Not excited yet? Well yeah the specs aren’t that mind blowing, that’s for sure. But the real beauty of this phone is how it combines hardware and software to give you the BEST sound experience ever! So don’t get too upset just yet.

As Marshall says, the London ‘might just be the loudest mobile phone on Earth’ thanks to its front facing stereo speakers. Another thing is the dedicated ‘M’ button on the top giving instant access to your music, whatever the source. Also a beautiful and unique touche is the two headphone ports so you can easily share your listening experience with a friend without disturbing others with those really loud speakers.

The black and gold design is gorgeous and a little different plus, you get the Marshall logo, of course. An interesting design element is the scroll wheel (Not common at all) which sits on the side allowing you to adjust the volume in a unique way!

That’s not all there is, Marshall has fitted the London with Wolfson WM8281 Audio Hub. « This soundcard gives the London a separate processor for music, allowing it to play at a higher resolution, » explains the firm and the phone supports FLAC files, yeah you heard me FLAC files!

Furthermore, the London supports aptX Bluetooth, there’s a global equalizer which will affect whatever music player you use, dual microphones and apps such as a DJ app and Loopstack which is a four channel recorder which supports 16-bit, 44KHz.

Last but not least on the list is that the Marshall London is shipped with a pair of Mode in-ear headphones (as well as the free Monitor cans if you pre-order) which the firm promises are highly rated.

Check out the full Marshall London phone specs below: 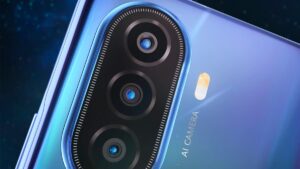 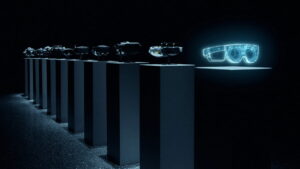