Web Summit collected poll results from a number of its female speakers, investors, founders, attendees and ​community members to gage their perspectives on the current state of women in tech. Results show women themselves feel respected, confident and empowered in their roles, yet find governments, workplaces, and even society as a whole still need to catch up in order to move the needle forward. Here are the key findings from the poll.

There is a clear divide as to whether gender ratios in tech have become more balanced, though there is a strong consensus that it is imbalanced when it comes to leadership.

When asked whether there has generally been more of a gender balance in tech over the last 12 months; 34% of respondents agreed, 26% disagreed and 40% stated they were unsure. However, when asked whether there was an improvement here when it comes to women in tech leadership positions, only 17% agreed that they have seen an improvement in the last year.

The majority of women feel respected, confident and empowered within their roles.

74% of respondents stated they feel respected in their positions. Many feel this is down to having a healthy mix of male and female employees in the company, the changing mentality of women in tech, and working for companies with healthy company cultures.

Regarding confidence in their role, this was confirmed by 87% of those surveyed. Most stated they are very much aware of their skills, expertise, experience and the positive impact they bring to their workplace. “Part of the trick is to disregard what others think and just work hard” – said one respondent.

“There are many leadership opportunities in the tech community these days, it’s more a matter of deciding to go for it” – said another. 75% of those questioned also agree that they feel empowered to either pursue or hold a leadership position. “Things seem to be changing as there are more and more events, initiatives and gatherings aimed at empowering women in the digital sector” they elaborated.

61% of women feel they have more pressure to prove their worth than their male counterparts.

Something that did draw a strong consensus was the pressure women feel to prove their worth. 61% of those surveyed feel that pressure. One respondent commented – “Men are judged based on potential, women are judged on proven capabilities”. A few other women mentioned that this is down to bias that still favours men as being more competent, and the fear of being seen as aggressive or emotional if they provide their opinion rather than show results.

Some also brought up the need to prove they are a valuable investment to companies as many perceive women to cost more than men, especially if they have the desire to become mothers. Although, 50% stated that they no longer feel they need to choose between a career and a family.

With almost half of the women surveyed stating their workplaces are moving the needle forward for women in tech, more than 57% believe their own governments need to do more.

When asked what they think governments could do, a number mentioned introducing laws that prohibit gender discrimination; such as equal maternity and paternity leave, improving the education system to be able to influence those from a young age, and enforcing quotas across the board.

“At this stage I believe quotas are the only way to force the education system and companies to take this seriously.” says one respondent. “I know the women that are there are not being chosen for the job, or if they do get into a good position, they do not get the support they need. The support needed by women is different to men. But no one ever asks us directly what we need.”

In regard to quotas, 37% of those questioned feel that women are only offered leadership roles to fill quotas, 33% disagree and 30% are unsure.

The majority of women, 87%, believe we as a society are responsible for improving gender equality in tech.

“We need to change the mentality through education and public awareness. Parents empowering their daughters, women empowering other women” says one respondent. Many also mentioned the need to set an example, to show and teach the next generation to live in a gender equal society. “If girls are encouraged to play with kitchen toys and dolls and boys are encouraged to be engineers – how can we expect this imprinted image to change later on?” – said another that was surveyed.

Others believed to hold more responsibility by those surveyed are companies and other private entities (63%) and governments (41%). Schools, Universities, parents, media and influencers were also mentioned.

A number of women flagged that HR departments in particular need to hold more accountability.

63% of those believe companies and other private entities hold a high-level of responsibility, with Human Resource departments in particular were mentioned multiple times as those that should be more accountable. “HR need to be held accountable for the state of the market.” said one respondent. “How can women get great tech jobs if they are never given the chance to meet the hiring managers or gain experience in the first place?.”

Many of those who took part in the survey suggested a number of improvements in recruitment practices; such as blind CV screening, anonymous coding assignments for engineers, and mandatory training for those on teams also responsible for hiring, to help omit bias when they are recruiting.

Changing the tech culture in the workplace was also brought up regularly. “We need to change tech cultures so they attract women and are genuinely inclusive. Women in tech do not find such cultures inherently attractive. It’s a reason they leave, don’t push to rise up, and move into areas that are less aggressive or competitive.” said one respondent. 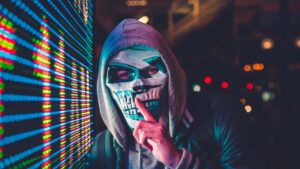